Starting in the Spring of 2017, I worked on Ward One, a project for the Critical Interactives class. The Ward One project is an iOS application that chronicles the history of Ward One, a historically black neighborhood in downtown Columbia, South Carolina that was demolished by the city to make way for the expansion of the University of South Carolina. In the Critical Interactives course, a multidisciplinary team of students works with the Ward One Organization of former residents to bring the story of Ward One into the twenty-first century.

During the Spring 2018 semester, I continued my work on Ward One. We redesigned portions of the app, taking the best elements of the previous three classes’ work – the first class’s timeline, the second class’s organizational structure, and the third class’s aesthetics – to create a more polished prototype app. As in the previous semester, my primary work was in iOS development. I worked with a small team to rework the content pages for the application. I used the code from the 2016 version of the app as a base, and then modified it to match the redesigned layout (which included making it compliant with the current version of XCode). 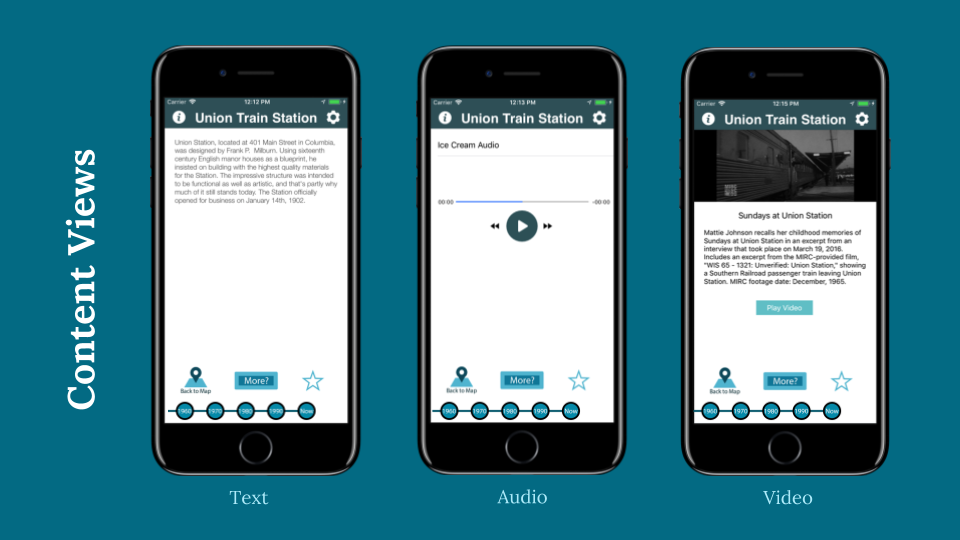 Each hub has a collection of content – including text, video, and audio interviews – that can be navigated between by pressing a button.

Finally, during the final presentation for the class, where the app was shown to a number of potential sponsors, I gave the introduction, placing the app in historical context and explaining the basic structure of the app. 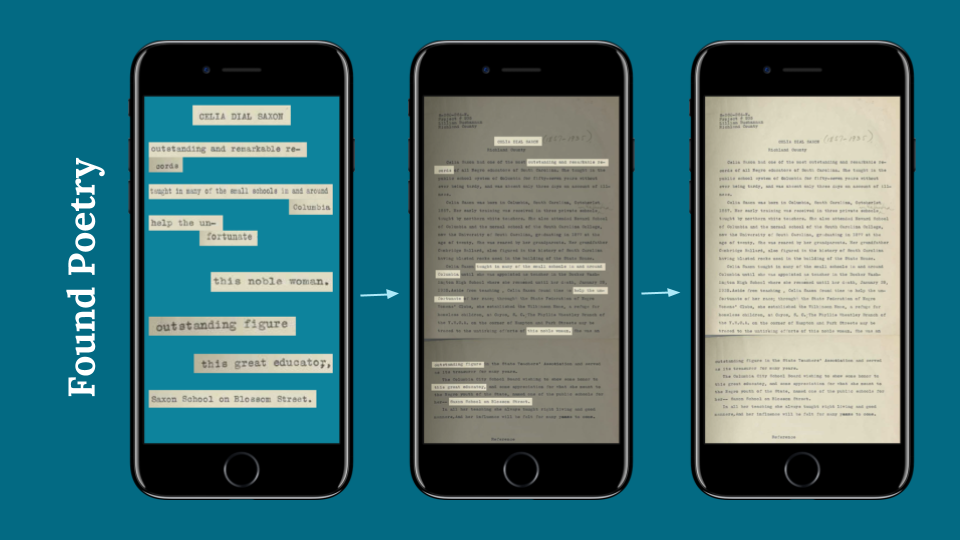 Found poetry was one of the features introduced in 2017, as a way to recontextualize documents about Ward One and visually draw interactors into text.

While the Ward One app has not yet been released to the public, there is a strong foundation of code, content, and design work for future students to bring it fully to completion.